There are some places you visit and remember, and there are other places that you get tangled up with. Wuhan is such a place for me.

In 2015, I accepted the post of director of the Confucius Institute of the University of Aberdeen. The job made sense to me at the time; I was satisfied that I had the backing of the university in insisting on academic freedom and building research collaborations. I knew that any handout from the PRC was going to be politically sensitive, but at the same time I had a strongly positive view of Chinese culture and scholarship. Growing up in California, I had studied the history of Fujian immigrants who had built the railroads, built the wine industry, and suffered horribly from race riots and prejudice. I had any number of classmates and friends who were Chinese-American or Chinese. When I was starting out as a Buddhist studies scholar it had been a difficult choice to focus on South Asian languages and the anthropology of Buddhism, rather than follow the philological path of looking at Sanskrit and Chinese texts. From 2010 onwards, I had worked with PRC diplomats and scholars on Himalayan conservation projects.  Hence, to me the director’s job was a welcome challenge: a return to my Pacific roots, a chance to build key international bridges for the North of Scotland, an optimistic exercise in academic exchange, and a chance at last to study Mandarin properly.

For those that don’t know, the Confucius Institutes differ from similar soft power projects like the British Council or the Alliance Francaise in that they pair up two higher education institutions. Because Alex Salmond had been astute in his diplomacy with China, the Scottish Confucius Institutes are all paired with top-tier Chinese universities, and Aberdeen’s partner is Wuhan University. Wuhan University is both the most beautiful university campus in China and one of the best Chinese universities, even if it’s not in Beijing or Shanghai. We were rapidly able to build a research collaboration that, if anything, was too successful. It committed Aberdeen to match the Wuhan side of the partnership, which meant funding more research than the university administrators would have liked. I never had any trouble from Hanban (the Chinese ministry of education) over our policy of intellectual freedom, even when we co-sponsored a programme on the rule of law in the South China Sea—although, unsurprisingly, there were postgraduate students (not from China!) stridently defending the PRC line in the audience. I have seen reports that other CIs were saddled with requirements to teach a specific curriculum but we were not.  We did have trouble with Sinophobia. I was surprised at how many otherwise sensible people expressed fear or discomfort, made jokes about rice or chopsticks, or were unable to distinguish between respecting the values and integrity of individual Chinese people and their communities, and challenging the politics of the PRC. 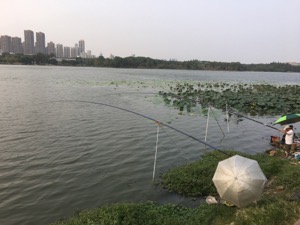 My co-director at the Confucius Institute was about as far from my politics as imaginable—but we both saw that instantly, and connected through his dry humour, erudition, sometimes blunt sense of morals, and deep love for the outdoors and the Beat poets. The Confucius Institute’s rituals and performances in China were completely over-the-top, even camp, exercises in state theatrics which I found rather awkward. To build up the partnership, though, I had to spend time at both universities—and so I was brought to Wuhan. 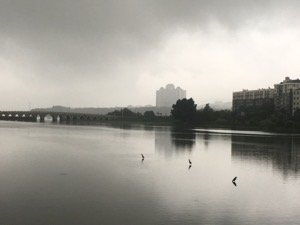 I got to know China, a little bit, through a Wuhan lens. To be honest it’s not the sort of place I should like: there are no mountains, it’s wet, it’s a huge city with endless rows of gigantic apartment buildings, and when I first arrived I kept on being pointed towards a rather glitzy shopping area. But the colleagues I met there rapidly became friends and we hatched a long series of interesting academic plans. With help from the co-director and a number of other Wuhan friends I found myself taking long runs around East Lake and then coming back to talk to fishermen; supporting a young urban wildlife activist to use a bat detector; walking in nearby mountains and finding lost shrines; and a long list of other adventures. My Mandarin still isn’t very good. Yet I remember clearly, on a trip to Xiamen, saying that I was staying in Wuhan and my interlocutor’s eyes widened. ‘Oh!’, they said, ‘Wuhan. Don’t you find the people there aggressive and loud?’ It turns out Wuhan people are called ‘nine-headed birds’ — the name of a traditional monster from Hubei— because they are thought to be very clever, tough, and loud. If so I am pleased to count them as my hosts in China. Wuhan folk eat reasonably spicy food, have the best punk and heavy metal bands, have a thriving art scene, and even have decent coffee—and Wuhan, as a university town, cannot be topped anywhere: one million students wash in and out of the city every academic year. I have never yet been able to bring my family with me to Wuhan, but Wuhan has been in our house here in Aberdeen many times: scholars, friends, art, food, songs.

Our partners in Wuhan were from the School of Foreign Languages and Literatures, though I quickly discovered colleagues from across the university. When I first visited Wuhan University the dean of the school was a French specialist with a wicked sense of humour and a deep fondness for black coffee who published in both countries, but over the years I have found myself in conversations about David Hume, plant collecting, gender boundaries in immigrant communities, environmental aesthetics, the origins of music among human societies, protected area management, sustainable tourism, blueberries, how best to typeset translations as art, mapping world heritage sites and scanning tiny artefacts, and almost anything else one might imagine, along with a patient hope on the part of my colleagues there that I would develop enough depth in my Mandarin skills to read the great poets of Southern China. Where Aberdeen was often provincial and always obsessed with the oil and gas industry, Wuhan was truly cosmopolitan. Although recent years have seen increasing restrictions on academic freedom in the PRC, that genuine delight in intellectual ferment has never subsided.

I resigned from my post at Aberdeen around the same time as a number of other folks left. I’ve been able to go back to Wuhan since then, but not for long. Politics has gotten much worse everywhere, and the barbarity that was—and still is—done in Xinjiang is now widely known. When Covid-19 exploded in Wuhan we were desperately worried for our friends and their families. They couldn’t say much, because that’s how it is with friends in China over WeChat, but we knew that a close friend’s wife was working in the hospital and that the university faculty was losing people to the disease. When it hit Scotland, they turned to worry about us. “Stay at home,” wrote my friend.  I’ve worked on zoonotic diseases enough to know that the ‘Wuhan wet market’ is not where the disease began. It almost certainly emerged somewhere along the supply chain bringing bushmeat from the tropical jungles, but once it reached Wuhan it could spread rapidly. However, like all disasters it was not a natural disaster when the pandemic took off in Wuhan. Despite the sacrifices of Dr Li Wenliang and others, the local government treated their urgent public health warnings as threats to public order. This is especially ironic given that China had put in place a very good system for detection of potential new zoonoses after the first SARS outbreak. Nonetheless, when the danger was properly recognised the government acted rapidly and decisively at all levels. Wuhan people didn’t create the disease, but they became the first place to suffer from it. 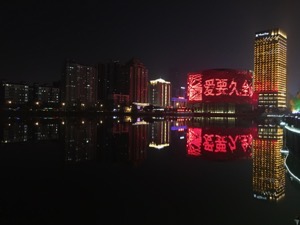 Last week I watched Ai Weiwei’s Coronation, his recently released film about the pandemic in Wuhan.  It is a remarkable film that juxtaposes the incredible determination of Wuhan people, the heroics of the doctors, and the horrors of the dying against the heavy hand of the Communist Party. It is not a blunt condemnation—far from it. Ai Weiwei celebrates the solidarity of Wuhan people, and shows that the Communist Party is both part of that solidarity and a force against it. Compared to the corrosive divisions within USA society, the cult suicidal behaviour of the populist right, and the appalling death rate from Covid-19 there, the scene in which an elderly mother and her son debate the place of the Party highlights how extraordinary the response in Wuhan has been. On one side, the astounding speed with which new hospital facilities are built and staffed; on the other side, a man trying to collect the ashes of his father without interference from his father’s work unit.

Wuhan will forever now be associated with Covid-19. The pandemic, after a disastrous start, has been controlled in Wuhan and Hubei. Months later we’re still trying to eradicate it here in Scotland. I wonder when and how my children will see Wuhan.

This site uses Akismet to reduce spam. Learn how your comment data is processed.